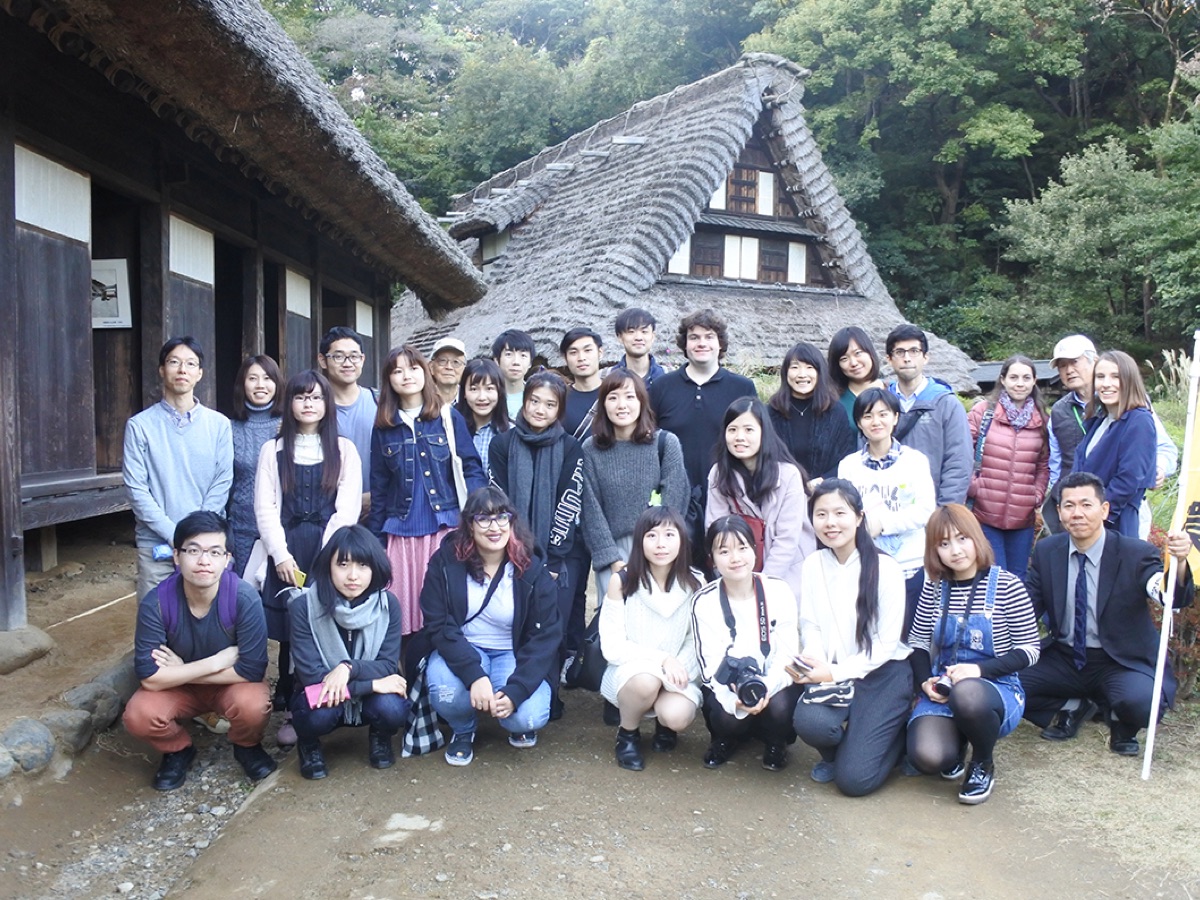 On November 5th, a tour for international students was organized to visit the Imperial Palace and the Japan Open-air Folk House Museum. Twenty-five people participated and the tour was a great success.

Walking Tour of the Palace Grounds

Under the guidance of personnel from the Imperial Household Agency and Imperial Guard, participants were taken to see the major sights within the palace grounds, including the Fujimi Tower, the palace buildings and the Niju Bridge. Since these places are usually off limits, they have a special atmosphere, which the participants enjoyed.

After the walking tour, a picnic was held on the lawn of the Kokyo Gaien. This was especially pleasant, thanks to the good weather. 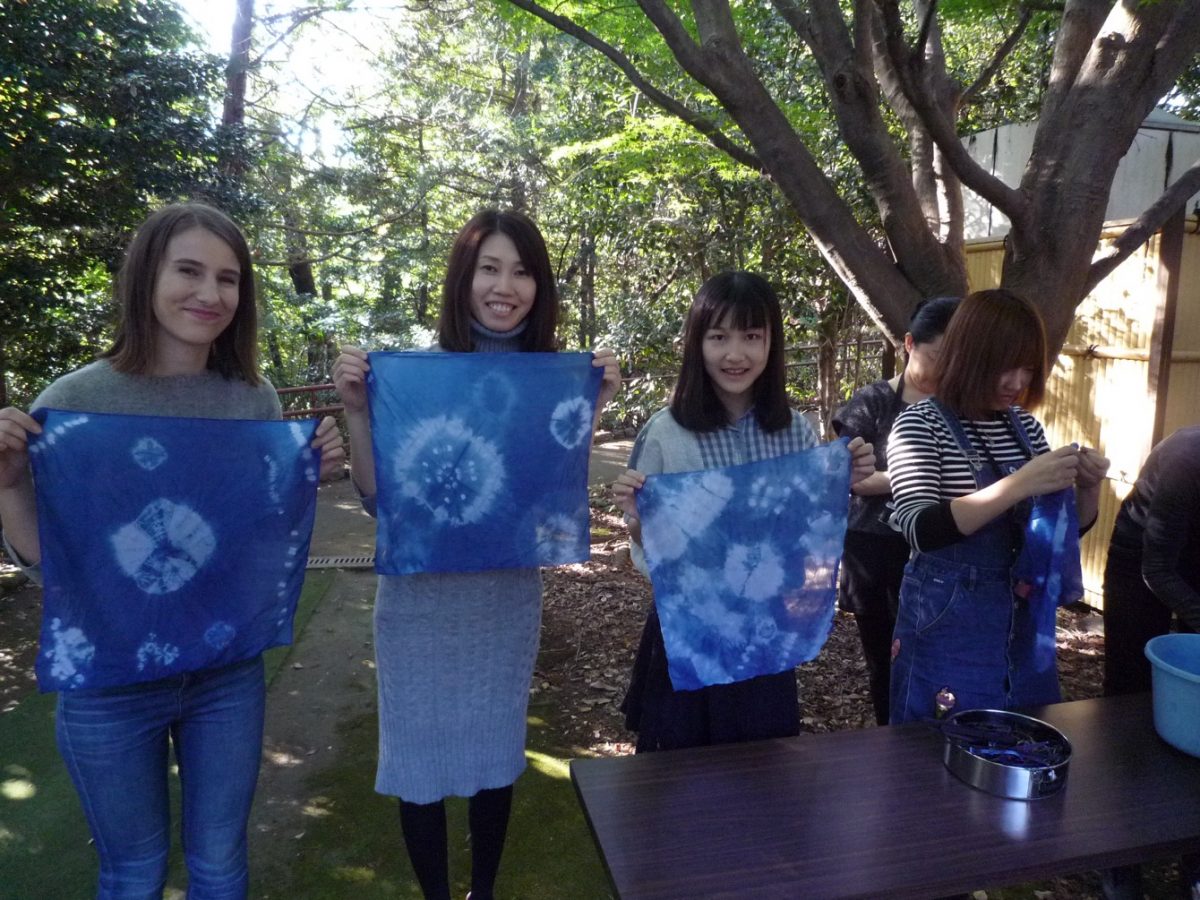 The tour continued by bus to the city of Kawasaki and the Japan Open-air Folk House Museum. There, the participants had hands-on experience of indigo dyeing. They took to the task enthusiastically and were delighted with their own original designs.

Next, the tour group were shown around the Japan Open-air Folk House Museum by an English-speaking volunteer guide. They listened intently to the guide’s enthusiastic explanation of rural architecture from different parts of Japan, including the famous Gassho-zukuri houses of Shirakawago.

Fortunately, the entire tour proceeded very smoothly and no injuries occurred. Many of the participants expressed the desire to go again next year and this year’s tour will surely remain a memorable experience for everyone. 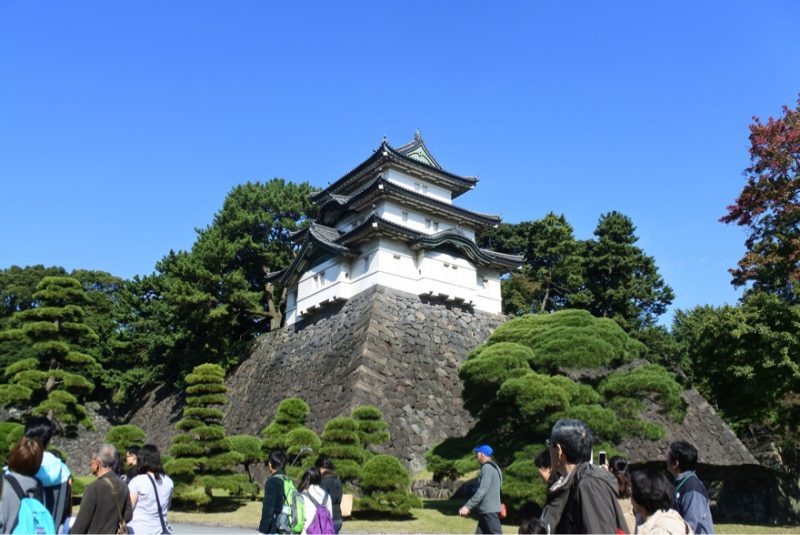 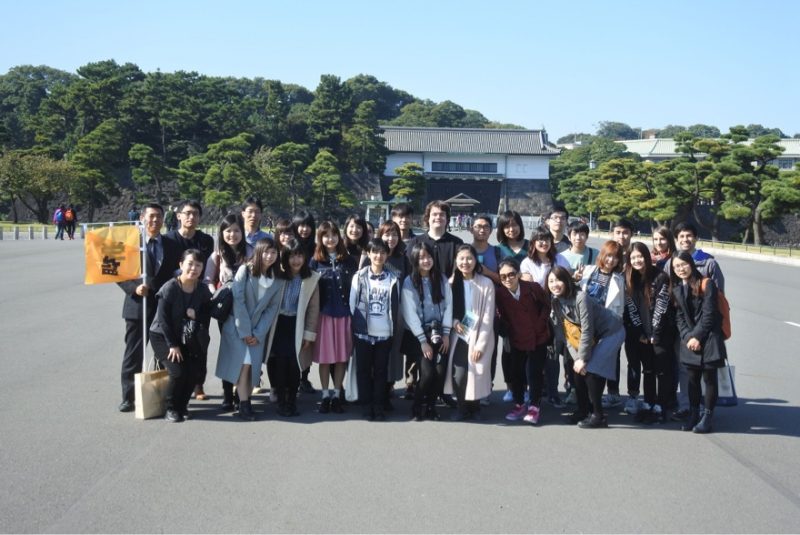 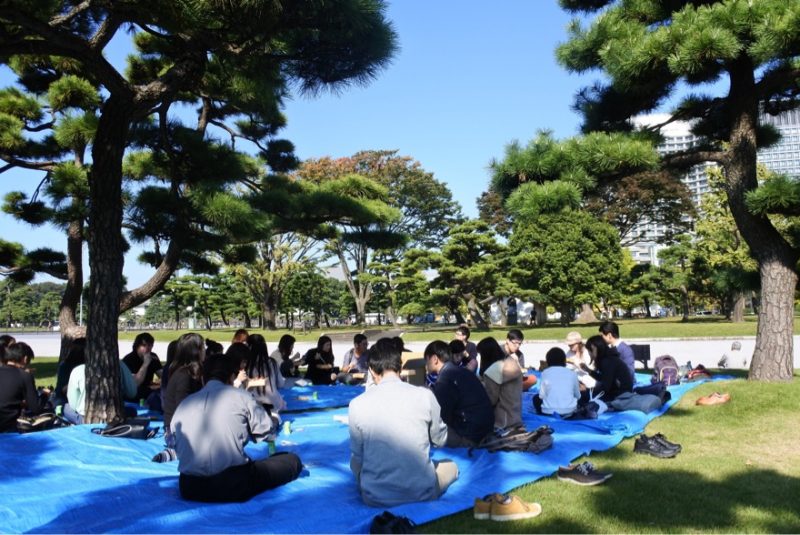